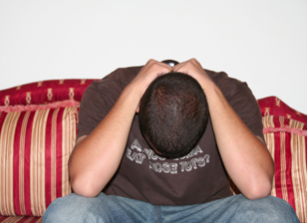 West Mercia Police and Crime Commissioner John Campion and Worcestershire County Council are delighted to have been awarded just over £250,000 from the Police Transformation Fund to work with some of the most high-risk domestic abuse perpetrators and challenge them to change.

The Drive Project is a new multi-agency response to domestic abuse that encourages people to stop asking, “Why doesn’t she/he leave?” and start asking, “Why doesn’t he/she stop?”. It aims to reduce the number of victims by disrupting offender behaviour and both challenging and supporting perpetrators to change, whilst holding them to account.

One in four perpetrators are repeat offenders, with some having as many as six different victims. This supports the need to focus on the perpetrator, as well as the victim, as without specialist intervention there is a danger they could move onto someone else.

Following the successes of the phase one pilot in 2016, the Drive Partnership created a proposal for implementing phase two in five areas across the country – one of which was West Mercia. Worcestershire was identified as the area to deliver the project in first, due to it having the highest number of referrals into the police-led Multi-Agency Risk Assessment Conference (MARAC).

The Drive project has also been mentioned in the government’s recent Domestic Abuse Bill Consultation as an “innovative approach which we are proud to support”.

Police and Crime Commissioner John Campion said: “Putting victims and survivors first is a promise I made when I first came into office. Whilst there is some incredible support out there for victims, there is a glaring hole around working with perpetrators. If we’re ever going to reduce the number and severity of incidences of domestic abuse, we need target the source and get to the root of the problem.

“Having learned of how successful the pilot has been in other areas, I am very much looking forward to working together with the Public Health Directorate in Worcestershire County Council to tackle these issues and make it a success in this area too. I can only hope that we will then be able to extend the project into the rest of West Mercia. It’s especially encouraging to see that the Home Office are supporting the Drive project across the country.”

Cllr John Smith, Cabinet Member with Responsibility for Health and Wellbeing, said: “We are delighted to be working in partnership with the Police and Crime Commissioner on this programme, with Worcestershire selected as a pilot site for West Mercia.

“This refreshed approach focuses on the prevention of domestic abuse so has Worcestershire County Council’s full backing.”

In order to deliver the Drive project, service providers, who can provide at least four case managers and a service manager, are being asked to bid for a tender. The tender will close at noon on 27th April 2018. Further information can be found here – https://www.in-tendhost.co.uk/worcestershire/aspx/Home

For more information on the Drive project – http://driveproject.org.uk/