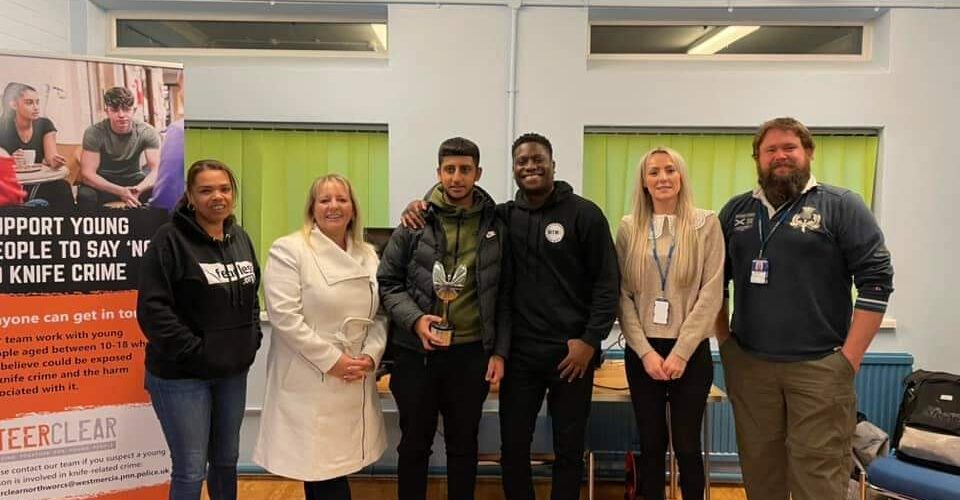 A drive to help young people steer clear of knife crime, is making a significant impact with funding from the Police and Crime Commissioner.

In partnership with West Mercia Police and Fearless, a series of workshops are being delivered to 10 to 18 year olds at risk of being involved in this type of criminality.

In North Worcestershire, the workshops feature Hezron Brown, a Pride of Britain award winning motivational speaker and former gang member who shares his incredible lived experience. The sessions, which also include an input on choices from Fearless, have had an emotional impact on the young people and inspired many to make a change.

In Herefordshire a number of agencies, including the Youth Justice Service, West Midlands Ambulance Service, Herefordshire Council and local authorities are working together to reach young people. In Telford the Commissioner has also invested £20,000 in a one to one support worker to provide a mentoring service.

Commissioner John Campion said “We must not underestimate the real difference, this early intervention will have on the lives and futures of young people, and the long term impact it will have on communities. By inspiring young people, and tackling knife crime at the earliest root, we can change attitudes and behaviours and ultimately make communities safer for all. I am keen to expand this investment in 2022, in order to support more young people and tackle the harm caused by knife crime.”

Local Policing Chief Superintendent Paul Moxley said: “We want to stop young people from carrying knives and early intervention is vital. We don’t want to criminalise those who may be on the periphery of knife crime but through education and support we can help them find an alternative route.

“Our Steer Clear workshops were first introduced in Telford in 2019 and due to their success have since been introduced in other areas across Herefordshire, Worcestershire and Shropshire.

“We recognise police alone cannot tackle knife crime and welcome the support from other agencies in working with us to deliver the programme.”