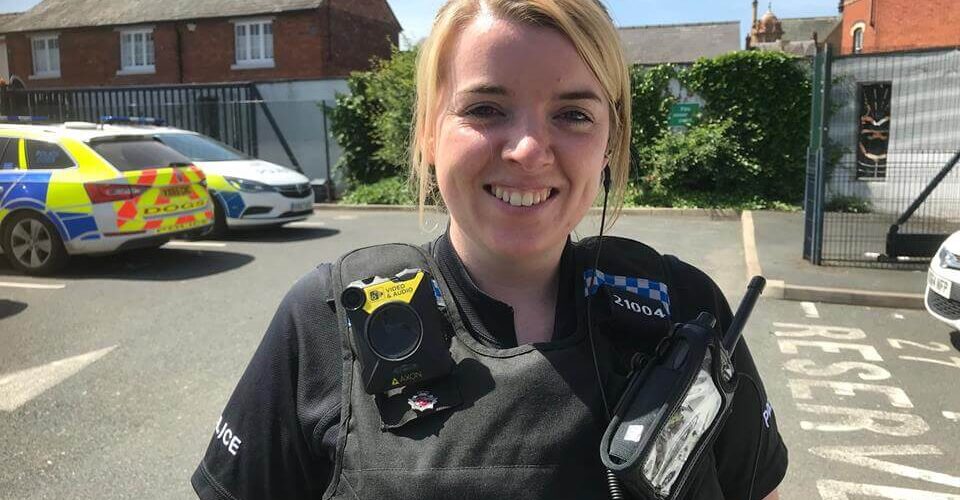 The West Mercia Police and Crime Commissioner has joined West Mercia’s Chief Constable and the Chair of West Mercia Police Federation in commending a brave officer, who acted heroically to treat an injured person.
PC Kimberley Morris, an officer in Shropshire, was only in her second week of independent patrol when she was called to a report of a disturbance and an assault. On arrival at the address she found two men, one with a neck wound, and one who she quickly deduced was the offender. The weapon was a herb cutter on the floor.
Kimberley remained calm whilst treating the victim, who was suffering from an arterial bleed and losing consciousness, whilst talking to the offender to keep him in sight and away from the weapon. The offender was arrested and sentenced to nine years in prison.
Kimberley has been nominated for a Police Federation of England and Wales Bravery Award, and will attend a ceremony in London tonight, with the Commissioner.
Commissioner John Campion said “Police officers are ordinary people, doing extraordinary things and Kimberley is a shining example of this. As part of my ongoing campaign, I am encouraging people to see the person behind the badge, and to understand the dangers that our officers face on a day to day basis. Kimberley ran towards danger in order to keep others safe, and on behalf of all our communities I would like to congratulate her for this courageous and selfless act, and commend her for this well deserved nomination.”
Chief Constable Anthony Bangham said: “PC Morris demonstrated a perfect balance of compassion for a victim and bravery to enforce the law. Her courage is rightly being recognised with nomination for such a prestigious national award.”
Sarah Cooper, Chairperson of West Mercia Police Federation said “PC Morris demonstrated selflessness, bravery and courage and was able to remain calm and professional whilst dealing with an incident involving huge levels of risk. She should be incredibly proud of this nomination”
For more information on the bravery awards: http://polfed.org/bravery
Issued: Thursday 12th July 2018
Back to News
Share
Share on Facebook Share on Twitter
Latest News