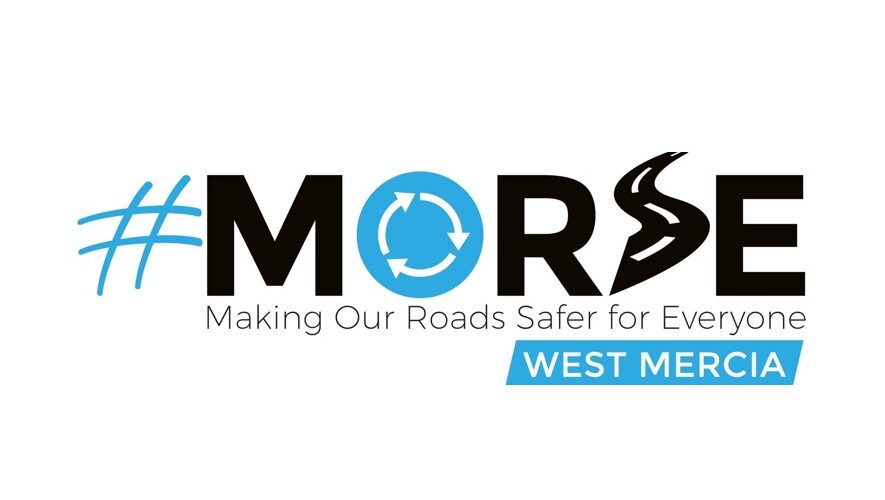 A West Mercia scheme is making roads safer, and reducing the number of victims, by understanding the root cause of dangerous driving.

As part of PCC John Campion’s commitment to making communities and roads safer, in September 2019 he supported the launch of #MORSE, which is delivered in partnership by West Mercia Police, Worcester-based charity YSS, Hereford & Worcester Fire and Rescue Service, Shropshire Fire and Rescue Service, and the Warwickshire & West Mercia Community Rehabilitation Company (WMCRC). Since then, 52 individuals have been supported by the service.

Through tailored support, that works to address the root causes of dangerous driving, individuals are given the help they need in order to minimise the likelihood of repeat offending. Many service users have suffered with personal issues, such as alcohol and drug addiction, which leads to them committing offences. Through the work #MORSE does, it aims to reduce the number of victims on the roads and make communities safer.

#MORSE worked with a female who was struggling with alcohol and had admitted to driving whilst intoxicated, she had also previously lost her licence. By identifying what this individual’s personal issues were, a number of referrals were made to additional support services around mental health, alcohol dependency and safeguarding. Details on her car were also obtained and held to ensure she couldn’t cause any harm to others. She said of the support she received: “I was on my own and didn’t have any support to help me to change my life until you came to see me, so I would like to thank you for helping me to get the support I need and now I have the Social Worker and Swanswell who I really needed.”

PCC John Campion said: “I’m committed to improving the safety of our roads, so it’s pleasing to see that #MORSE is already achieving that as well as helping individuals that have lost their way by getting them the support they desperately need.

“This scheme is also a great example of partnership working to tackle an issue and get to the root cause to ensure it doesn’t keep happening.”

David Andrewartha, YSS #MORSE lead, said: “#MORSE is an innovative service, which works in partnership with our colleagues in West Mercia Police, and Hereford & Worcester and Shropshire Fire and Rescue Services, to tackle the root causes of dangerous driving and keep our roads safer. Reflecting on the service we provide ensures that we are constantly learning from our progress and adapting the service to meet the needs of the people we work with – thereby ensuring its effectiveness.”