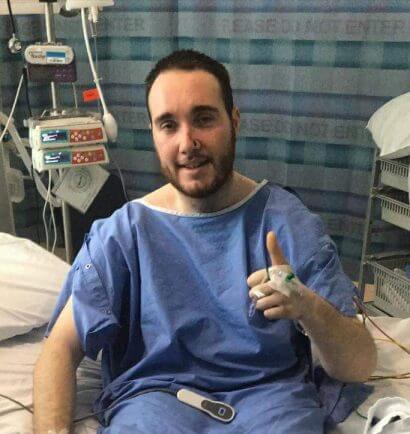 The West Mercia Police and Crime Commissioner has offered his best wishes to a brave special constable, who was involved in a collision, whilst helping a member of the public.

Ben Perry was off duty, when he went to assist following a collision on the m42. He was struck by a second vehicle, suffering serious injuries, leading to the amputation of his lower right leg. Ben is now in a stable condition in hospital where he will remain for the foreseeable future, awaiting further surgery.

PCC John Campion said “My thoughts are with Ben and his family, and I wish him well with his recuperation. He acted selflessly, facing potential dangers, in order to help others; yet another example of the work of our volunteers, which I always find so very humbling. As part of my behind the badge campaign, I am calling for people to see the person behind the uniform and this is an outstanding example of someone going above and beyond to help others”

West Mercia Assistant Chief Constable Martin Evans said “Ben acted to protect people from harm and his selfless actions are a credit to the force.  He has paid a high price for going to the public’s aid and our thoughts are with him and his family. “

Others including Special Chief Officer Nick Marlow have praised Ben’s dedication and selflessness. Ben said he was “blown away by the kindness and support received. My biggest worries is not being able to go on duty again after my injury as I love it so much.”

A fundraiser for Ben has been set up online: https://www.justgiving.com/crowdfunding/benperry