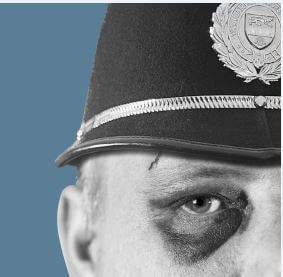 The West Mercia Police and Crime Commissioner has welcomed a national campaign by the Police Federation of England and Wales to Protect the Protectors.

There are around two assaults on West Mercia Officers and staff every day, and nationally a police officer is assaulted every two minutes. Commissioner John Campion leads the Behind the Badge campaign which aims to reduce violent incidents as communities are encouraged to see the person behind the uniform and recognise their hard work to keep us safe.

Behind the Badge calls for more to be done nationally to tackle violence against the police and the commissioner is pleased to support a bill which is currently being progressed in parliament, seeking to make it an aggravated offence to assault an emergency service worker.

Videos produced by the Police Federation, as part of their ongoing campaign, include testimony from an ambulance paramedic who was sexually assaulted by her patient, a prison officer who nearly died when he was slashed across his head and face with a razor blade and police officers who have been respectively bitten, choked, attacked with deadly weapons, slammed against the ground and kicked in the face.

Commissioner John Campion said “Violence towards any emergency worker is not acceptable and it takes support from all of our communities to ensure those who protect us get the recognition they deserve. We must ensure all emergency workers get the same level of support as any other victims of crime, and there is protection for staff in order to reduce incidents- this is something I have delivered through my victim’s charter and changes such as the introduction of body worn video to West Mercia Police.

I welcome this national approach, as the proposed changes in legislation will help me to deliver even safer, more secure communities locally, whilst supporting the people Behind the Badge.”

Chair of the West Mercia Police Federation Russell Yeoman’s said “We welcome the support from Mr Campion for the Protect the Protectors campaign.

Behind the badge, and protect the protectors have the same aims, to make it safer for police officers and other uniformed services to serve our public. It is right that all is done to ensure they are able to do so without the fear of assault and that includes providing the right deterrents. It’s right that the police service speak with one voice from PCCs to rank and file officers to achieve this.”

For more information on the PCC’s Behind the Badge campaign visit the campaign page.

For more information on the national Protect The Protectors campaign visit the Police Federation website.