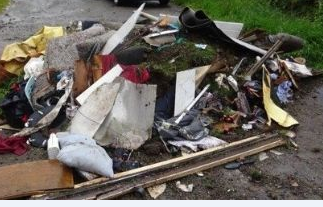 The West Mercia Police and Crime Commissioner has welcomed the Government’s approach to crackdown on fly-tipping which will enhance his work tackling the issue locally.

The national plans announced today will make it easier to dispose of waste correctly. Grant funding has also been announced for local authorities, including Telford and Wrekin, to clamp down on this crime.

The PCC has already invested £100,000 in initiatives to tackle fly-tipping across West Mercia following concerns raised by communities. He said: “Fly-tipping is not a victimless crime, it’s costly to landowners, damages our environment and has links to organised crime.

“I absolutely welcome the announcement by Government and their renewed focus on tackling this harmful act. This additional commitment, and resources, brings another string to the bow to help some of our communities who are currently being blighted.”

For more information on the PCC’s work to tackle fly-tipping in West Mercia click here.

For more information on the Government’s crackdown on fly-tipping click here.