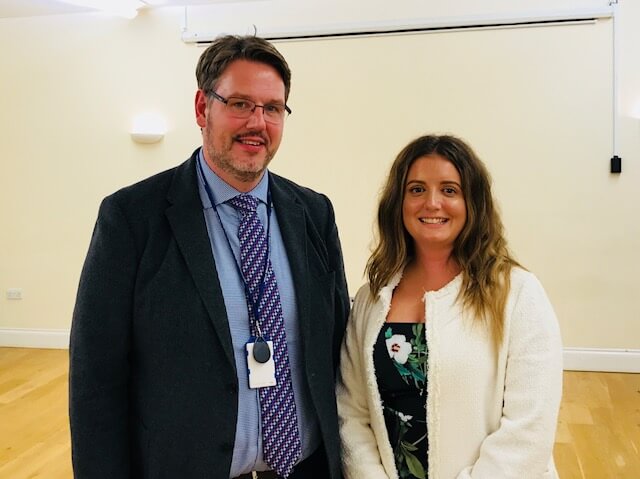 The meeting, which was led by the Borough Councillor Nicola Lowery, was organised to give the local community an opportunity to ask questions and raise concerns about local issues. The meeting included a presentation from the Commissioner as well as an update from the Safer Neighbourhood Inspector on the local policing response. A questions and answers session then followed to allow questions to be asked directly to the Commissioner and local policing team.

Police and Crime Commissioner John Campion said: “Last night was an extremely productive and positive meeting. I was really pleased to see so many people attend and be part of the discussion of how we can move forward with resolving the issues that have been affecting the Ironbridge Gorge residents. The attendance from both the local policing team and Borough Council evidenced the coordinated approach in the Gorge and I would like to thank Cllr Lowery for arranging this meeting.  I will continue to work with West Mercia Police to ensure that the actions discussed and agreed are met.”

Cllr Nicola Lowery, Ward Member for the Gorge, said: “It was an extremely constructive and beneficial meeting and I would like to thank everyone that attended for their contributions on the evening as there were some really important areas raised.

“It was excellent to hear from the Police and Crime Commissioner about his plans for West Mercia and how this seeks to improve resources locally and the tools available to officers. The local policing team went into detail on what measures can be taken to report crime to gather local intelligence by calling the 101 non-emergency number, risk management plans, the impact of the intervention models and what options we can explore as a community, such as looking at issues like speeding by establishing a community speed watch group.

“As the Ward Member, I was keen to ensure that the local community had an opportunity to raise their concerns directly to the Commissioner and local policing team so that we can continue to make progress on the issues within the local area and build our resilience as a community. The attendance both from the local policing team in South Telford, our PCC and officers from Telford and Wrekin Council exhibited our commitment to working in partnership and I would like to thank them all for the excellent work they do in our local area and for keeping our communities safe.”